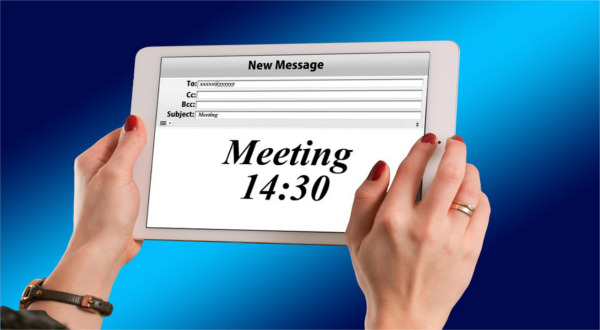 15 Email-Etiquette Every Work Professional Should Know

US employees spend, on average, about a quarter of the work week combing through hundreds of emails.

Despite the fact that we’re glued to our reply buttons, career coach Barbara Pachter says plenty of professionals still don’t know how to use email appropriately.

Because of the sheer volume of messages we’re reading and writing, we may be more prone to making embarrassing errors, and those mistakes can have serious consequences.

Pachter outlines the basics of modern email etiquette in her book “The Essentials Of Business Etiquette.” We pulled out the most essential rules you need to know.

Vivian Giang and Rachel Sugar contributed to earlier versions of this article.

1. Include a clear, direct subject line.

Examples of a good subject line include “Meeting date changed,” “Quick question about your presentation,” or “Suggestions for the proposal.”

“People often decide whether to open an email based on the subject line,” Pachter says. “Choose one that lets readers know you are addressing their concerns or business issues.”

2. Use a professional email address.

If you work for a company, you should use your company email address. But if you use a personal email account — whether you are self-employed or just like using it occasionally for work-related correspondences — you should be careful when choosing that address, Pachter says.

You should always have an email address that conveys your name so that the recipient knows exactly who is sending the email. Never use email addresses (perhaps remnants of your grade-school days) that are not appropriate for use in the workplace, such as “babygirl@…” or “beerlover@…” — no matter how much you love a cold brew.

3. Think twice before hitting ‘reply all.’

No one wants to read emails from 20 people that have nothing to do with them. Ignoring the emails can be difficult, with many people getting notifications of new messages on their smartphones or distracting pop-up messages on their computer screens. Refrain from hitting “reply all” unless you really think everyone on the list needs to receive the email, Pachter says.

4. Include a signature block.

Provide your reader with some information about you, Pachter suggests. “Generally, this would state your full name, title, the company name, and your contact information, including a phone number. You also can add a little publicity for yourself, but don’t go overboard with any sayings or artwork.”

Use the same font, type size, and color as the rest of the email, she says.

Don’t use laid-back, colloquial expressions like, “Hey you guys,” “Yo,” or “Hi folks.”

“The relaxed nature of our writings should not affect the salutation in an email,” she says. “Heyis a very informal salutation and generally it should not be used in the workplace. And Yo is not okay either. Use Hi or Hello instead.”

She also advises against shortening anyone’s name. Say “Hi Michael,” unless you’re certain he prefers to be called “Mike.”

exclamation point, use only one to convey excitement, Pachter says.

“People sometimes get carried away and put a number of exclamation points at the end of their sentences. The result can appear too emotional or immature,” she writes. “Exclamation points should be used sparingly in writing.”

7. Be cautious with humor.

Humor can easily get lost in translation without the right tone or facial expressions. In a professional exchange, it’s better to leave humor out of emails unless you know the recipient well. Also, something that you think is funny might not be funny to someone else.

Pachter says: “Something perceived as funny when spoken may come across very differently when written. When in doubt, leave it out.”

8. Know that people from different cultures speak and write differently.

Miscommunication can easily occur because of cultural differences, especially in the writing form when we can’t see one another’s body language. Tailor your message to the receiver’s cultural background or how well you know them.

A good rule to keep in mind, Pachter says, is that high-context cultures (Japanese, Arab, or Chinese) want to get to know you before doing business with you. Therefore, it may be common for business associates from these countries to be more personal in their writings. On the other hand, people from low-context cultures (German, American, or Scandinavian) prefer to get to the point very quickly.

9. Reply to your emails — even if the email wasn’t intended for you.

It’s difficult to reply to every email message ever sent to you, but you should try to, Pachter says. This includes when the email was accidentally sent to you, especially if the sender is expecting a reply. A reply isn’t necessary but serves as good email etiquette, especially if this person works in the same company or industry as you.

Here’s an example reply: “I know you’re very busy, but I don’t think you meant to send this email to me. And I wanted to let you know so you can send it to the correct person.”

Your mistakes won’t go unnoticed by the recipients of your email. “And, depending upon the recipient, you may be judged for making them,” Pachter says.

Don’t rely on spell-check. Read and reread your email a few times, preferably aloud, before sending it off.

“You don’t want to send an email accidentally before you have finished writing and proofing the message,” Pachter says. “Even when you are replying to a message, it’s a good precaution to delete the recipient’s address and insert it only when you are sure the message is ready to be sent.”

Pachter says to pay careful attention when typing a name from your address book on the email’s “To” line. “It’s easy to select the wrong name, which can be embarrassing to you and to the person who receives the email by mistake.”

Purple Comic Sans has a time and a place (maybe?) but for business correspondence, keep your fonts, colors, and sizes classic.

The cardinal rule: Your emails should be easy for other people to read.

“Generally, it is best to use 10- or 12-point type and an easy-to-read font such as Arial, Calibri, or Times New Roman,” Pachter advises. As for color, black is the safest choice.

Just as jokes get lost in translation, tone is easy to misconstrue without the context you’d get from vocal cues and facial expressions. Accordingly, it’s easy to come off as more abrupt that you might have intended. You meant “straightforward”; they read “angry and curt.”

To avoid misunderstandings, Pachter recommends you read your message out loud before hitting send. “If it sounds harsh to you, it will sound harsh to the reader,” she says.

15. Nothing is confidential — so write accordingly.

“A basic guideline is to assume that others will see what you write,” she says, “so don’t write anything you wouldn’t want everyone to see.” A more liberal interpretation: Don’t write anything that would be ruinous to you or hurtful to others. After all, email is dangerously easy to forward, and it’s better to be safe than sorry.

Jacquelyn joined Business Insider as the careers editor in 2014. She previously worked as a leadership reporter for Forbes. She is the coauthor of “Find and Keep Your Dream Job: The Definitive Careers Guide From Forbes.”

Jacquelyn holds a bachelor’s degree in journalism from The University of Arizona and a master’s degree from Hofstra University. She lives in New York City and can be found onTwitter, LinkedIn and Google+.