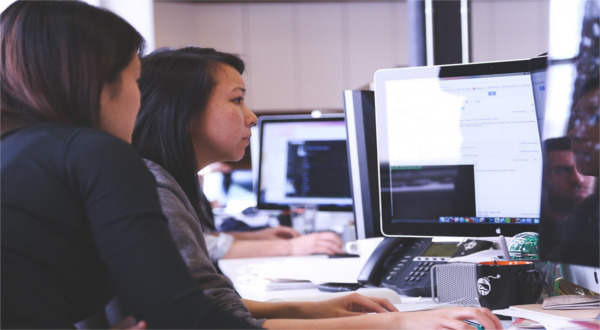 32 Things You Should Never Say To Your Manager Or Employer

Honesty is the best policy in the workplace — but like any rule, this one has a few exceptions.

“It’s important to be cautious with what you say to your boss, as even the slightest slip up could make or break your career,” says Ryan Kahn, a career coach, founder ofThe Hired Group, and author of “Hired! The Guide for the Recent Grad.”

“There are the obvious things to hold back from saying to your boss, but the key is to dissect the little things in your interactions.”

Lynn Taylor, a national workplace expert and the author of “Tame Your Terrible Office Tyrant: How to Manage Childish Boss Behavior and Thrive in Your Job,” agrees. “There are certain comments and questions based on negative perspectives that can set you back with your boss,” she says. “If they continue unabated, these phrases can sabotage an otherwise great job.”

A good practice is to first pause before blurting out something you might regret and examine what you’re trying to achieve, and the likely reaction you’ll get from your boss.

“If you think you may regret it, you probably will,” she says. “Better to err on the side of waiting until you can crystallize your thoughts into a more palatable and professional dialogue.”

Aside from the obvious — like profanity and insults — here are the words and phrases you should never utter to your boss:

“Openly criticizing or pointing out your boss’s mistake is a sure way to be excluded from future meetings or ignored the next time you raise your hand to speak,” says Rosalinda Oropeza Randall, an etiquette and civility expert and author of “Don’t Burp in the Boardroom.”

If you feel your boss has made an error, there are better ways of addressing this, she explains.

You might say, “I may be misinformed on this one, but I was under the impression that …” This prompts them to reconsider and correct the information if necessary without putting up their defenses. “Whatever phrase you use, say it with a helpful and cordial tone,” Randall says.

A “can-do” attitude is always a valued trait. “I can’t” shows both a lack of confidence and unwillingness to take chances — neither of which will endear you to management, says Taylor.

‘That’s not part of my job’

No job description is ever set in stone. “As cross-functional teams remain the order of the day, you’re expected to be flexible and make your boss’ life easier,” Taylor explains. “As a side note, the more skill sets you accumulate, the more indispensable you are.”

You may not have the answers to every question, but your best guess and a promise to find out is much better than a shrug of the shoulders, she says. “Anytime your boss would need to do the work for you, assume that’s not a path you should take.”

Your cooperation is expected, and so is a polite tone. “Telling your boss ‘no’ is a challenge, and is sometimes necessary — but it can be inappropriate if you don’t phrase it well with an explanation,” Taylor says.

“For example, if your boss says, ‘Do you have time to work on the Smith project today?’ you shouldn’t just say, ‘No.’ Instead try something like, ‘Today will be a challenge if you still want me to focus on that company presentation. Would you prefer I work on this today instead?'”

Some people think that this is an acceptable response, as we all “try” to get things done to our best ability. But it leaves a manager feeling unsure, and when assignments are given, your boss is counting on you, usually with specific deadlines, says Taylor.

“Imagine yourself asking, ‘Will you be signing off on my paycheck on the 15th?’ and your boss responding, ‘I will try.'”

‘That’s not what I heard’

Avoiding gossip and conjecture is a good idea, as it can backfire. If you’re not sure about something, wait, or you risk appearing unprofessional.

‘How do I benefit from this?’

Sometimes your work involves helping others and other departments. Bosses have little tolerance for those who aren’t team players, Taylor says.

“The caveat essentially cancels any genuine apologetic sentiment,” Taylor says. “A straight, ‘I’m sorry. I’ll be much more aware of this next time’ is the expected response when you mess up.”

‘My break-up has got me all messed up. My heart’s just not in it today’

Everyone has personal problems every now and then, which is when your professionalism will be put to the test, Randall says.

“Not to diminish your emotional wounds, but why should your boss’s needs be put on hold because you need time to process your break-up?” Randall asks. “This is when you might consider taking a ‘sick day’ or calling your mom for some love and tenderness.”

This is a cop-out. If you made a mistake, and that was your best, that doesn’t speak highly of your abilities. The better response is that you’ll get it right next time.

‘I’ve tried that before’

Bosses have little tolerance for laziness. “Examine whether you really gave the option a shot before you shoot it down,” Taylor suggests. “Your boss may have something else in mind.”

Alternatively, explain that you appreciate the suggestion, and tried XYZ, with such and such a result — but would be glad to try something more effective.

That phrase causes frustration for many bosses, as they’d rather hear that you made an error in judgment and learned from it, rather than excuses. “To err is human, but to defer blame is a career killer,” Taylor says.

‘At my last job we did it this way’

No manager likes a know-it-all, so you must tread lightly if you think you have a better way. “You’re better off phrasing sensitive or challenging responses by turning them into questions versus being confrontational,” Taylor says.

The blame game is a treacherous path. If you’re innocent, then explain why. Don’t implicate others if you bear the primary responsibility, Taylor says.

“Taking responsibility is key,” adds Kahn. “If you’re always seen as someone pointing the finger, eventually your boss is going to question who is really to blame.”

This has a threatening tone. It’s better to wait than be admonished later.

‘[Your predecessor] did this differently / better’

“Bosses usually feel that their methods are preferred over their predecessors because they now hold the position,” Taylor explains. “Unless a method is clearly a mistake, don’t challenge your boss with the ‘old ways of doing things’ just because they made things easier for you.”

Not playing well with others isn’t good in elementary school, nor is it acceptable in the workplace. It’s assumed that you are capable of getting beyond personality conflicts in the interest of delivering excellent results.

“The golden rule is something your boss expects you to observe, and casting aspersions on others has no redeeming value. It just reflects badly on you,” Taylor says.

Whining is annoying. “If you have a gripe, better to ask how you can attain a certain privilege, and leave others out of the discussion,” she suggests.

“You may have a weak moment and share your boredom with the wrong person: your boss,” says Taylor. “You’re being paid to be productive and remain enthusiastic; it’s your responsibility to find ways to make your job interesting.”

“Going over your boss’ head challenges authority — a usually no-win situation, unless you’re about to quit (or be terminated) and have no other recourse,” says Taylor.

If you’re going to HR, don’t threaten in advance, she says.

‘I don’t have a solution’

Sometimes a boss-employee relationship blossoms into a friendship. But sharing intimate stories at work may not be a wise move, Randall says.

“What if a coworker overhears the sizzling conversation? That may open you or your boss up to a sexual harassment or inappropriate conversation write-up,” she explains.

‘Why does Jim have this and I don’t?’

Focus on your own career, not the salary or promotions of others — unless you’re witnessing blatant favoritism. “If that’s the case, you can opt for a more professional discussion once you’ve collected your thoughts about the facts,” Taylor says.

It’s your responsibility to ask your boss if priorities have changed, as your objectives must stay aligned with your manager’s. “Priorities are rarely stagnant, so as in most cases, your better option is to ask if you should reshuffle them,” she recommends.

Your manager doesn’t want to hear negativity or a lack of conviction. If you have concerns, state what they are, and ask for input.

One of the best approaches in deciding whether to share your thoughts with your boss or ask sensitive questions is to put yourself in their shoes, Taylor suggests. “Do your comments and questions reflect a positive, can-do, and confident demeanor? Remember loose lips sink ships ­— so choose your words carefully when you feel challenged at work if you want to thrive in your career.”

‘I’m going to be out these days.’ Or ‘I’m leaving early tomorrow’

Don’t tell your boss you’re going on vacation or leaving the office early — ask or politely run it by them. It’s far more professional.

You’re not a child, so you don’t have to phrase it as: “May I please take Monday, Tuesday, and Wednesday off?” Instead, try: “I was planning to take off Monday through Wednesday, and wanted to make sure that was okay with you.”

‘Can’t I leave early today since things are slow?’

It’s fine if you have to leave early. But don’t say it’s because “things are slow” or you have “nothing to do.”

“There are always more projects in the pipeline. Bosses want you to show initiative,” Taylor says.

By Jacquelyn Smith and Rachel Gillett

Jacquelyn joined Business Insider as the careers editor in 2014. She previously worked as a leadership reporter for Forbes. She is the coauthor of “Find and Keep Your Dream Job: The Definitive Careers Guide From Forbes.”

Jacquelyn holds a bachelor’s degree in journalism from The University of Arizona and a master’s degree from Hofstra University. She lives in New York City and can be found onTwitter, LinkedIn and Google

Rachel is a careers reporter at Business Insider.

She previously wrote and edited for Fast Company’s Leadership section. Her work as a multimedia journalist has been featured on PopPhoto.com, AOL.com, The Huffington Post, and elsewhere.

She graduated from Rutgers University with a double major in journalism and media studies and German studies.