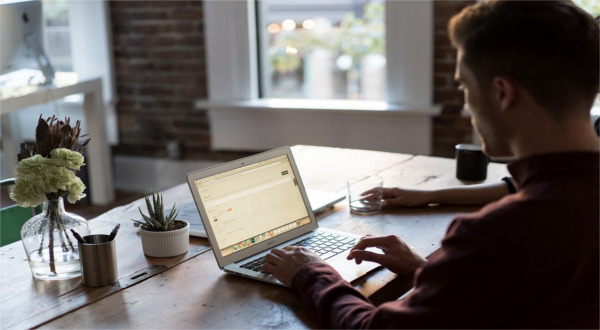 All right, not that long ago in a country right here in the U.S. …

Freelancing and temporary work was the norm up until the late 19th century. Most employment outside farming was in manufacturing, and it was mainly temporary. In 1910 half the workers in production jobs were independent contractors.

Starting around the 1880s, companies started to bring together large workforces, and created more structured jobs. Wage controls during the world wars resulted in large benefit programs being created. With unions a rising force, laws were created to promote stability. It was all one big happy family until the 1970s, when globalization and economic downturns forced companies to seek more flexibility and better control of labor costs. Unions had gone the way of the Sith at the end of Episode VI, so there wasn’t much resistance to the outsourcing of work.

Is freelancing right for you – Savanna recruitment

There are now over 54 million freelance workers in America. The number increased by 700,000 from 2014 to 2015. One in three Americans has done some freelance work in the last year. A study by Intuit estimates that by 2020 the number of freelancers will grow to about 60 million — or about 40 percent of the private workforce. Freelancers cover a wide spectrum — from unskilled labor to high-level professionals. An articlein Harvard Business Review describes “Supertemps” — freelancers who manage high-powered projects forFortune 500 companies and advise executives on operational issues, change management, and mergers.

Given current trends, freelancers will exceed employees in another 20 years. What’s driving this shift to a world where freelancers dominate are two factors. The first is the ease of finding freelance work. The second is economic reality — a survey by the Freelancers Union found that the majority (60 percent) of freelancers who left traditional employment now earn more than they did as employees.

The gig economy is thriving because it’s increasingly easy for freelancers to connect with those who need their services. Sites like Guru and eLance have been around for a while, but more recently sites like HourlyNerd have emerged to match companies with freelancers. Specialized sites like Handy connect customers with home help. Contently matches writers with businesses and Tongal does the same for video makers. Amazon’s Mechanical Turk allows businesses to find workers to complete specific tasks not easily handled by technology — such as flagging objectionable content on websites or composing text messages. Students are finding summer jobs using sites like TaskRabbit, Instacart, and Postmates to deliver groceries or do tech work, instead of working for neighbors.

Freelance work can be very satisfying. The survey by the Freelancers Union found that for half of freelancers, no amount of money could make them quit freelancing for a traditional job with an employer. As one respondent put it: “Because it’s a job on my terms, I can do it at all times of the day, on weekends … I am not bound by a single location.” The tradeoff is security, but with employment-at-will, job security doesn’t mean much anyway. Given the ease with which an employee can lose their job, the concept of having a “permanent” job is somewhat illusory. The growth of the freelance workforce is just wider acknowledgement and acceptance of that fact.

There’s a lot of hand wringing going on about the growth of freelancing work. Politicians are claiming that the increasing popularity of freelancing work is endangering stability for all workers and demanding more regulation. Might as well start a petition for Disney to bring Jar Jar Binks back. Their lack of faith is disturbing. The trends driving these changes in the workforce will not be reversed. Globalization will not stop, and technology will only make it easier to bring together talent with the demands of business on an as-needed basis. The movie industry has been operating this way for over 50 years. What’s needed is a change in laws that allow freelancers to have the same rights and benefits as employees, mainly healthcare and retirement.

Continue to grow, the freelance workforce will. But if there are more people happier with their work and making more money, then what’s not to like?

By Raghav Singh has developed and launched multiple software products and held leadership positions at several major recruiting technology vendors. His career has included work as a consultant on enterprise HR systems and as a recruiting and HRIT leader at several Fortune 500 companies. He is currently VP of product management at 1-Page.